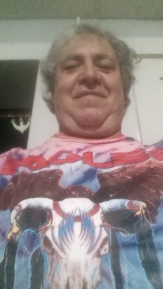 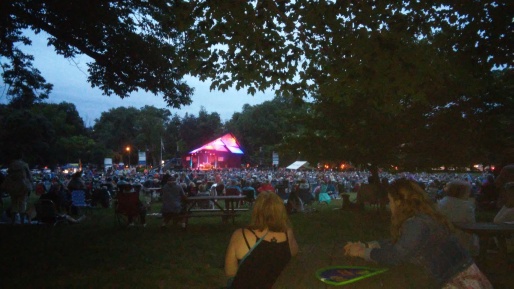 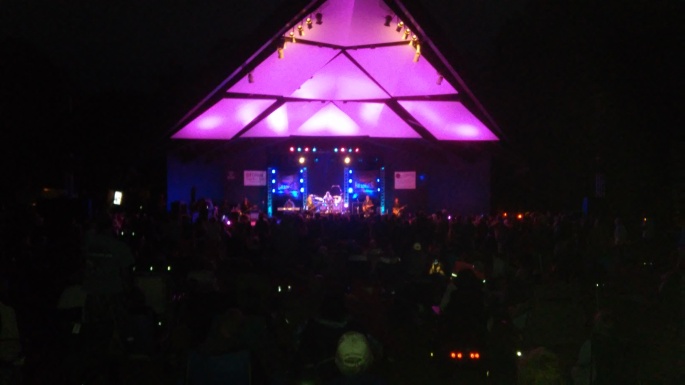 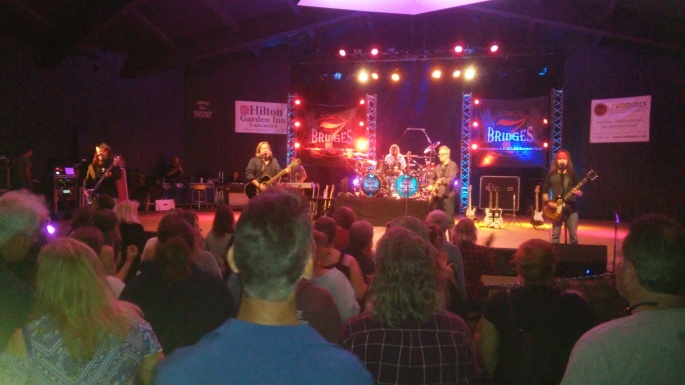 I was supposed to go to New York this past weekend for another Mavericks concert with my friend Maria, but there was a problem.  None of the proprietors of my usual New York City crash pads would be home.  Brother and Mrs. X had a family function and my Long Beach friends John and Margaret would also be out of town.

I had a Plan B.  I could take Amtrak to New York, then a subway to the Beacon Theatre, meet my friend Maria for dinner and drinks before the show, watch the show, then go bar hopping until 4 in the morning, have a sunrise breakfast, and catch the first train back to Lancaster in the morning.  That plan might have worked 30-40 years ago, but nowadays that plan would have been more like a kamikaze mission for my well-worn body.  So, I decided to stay home.

Turns out that Long’s Park is only 2.3 miles from my apartment.  According to Google it was a 35-minute walk.  Obviously, Google is not 70-years old, with a heart condition, and an arthritic hip.  2.3 miles would take me more like 3 hours, and the return trip would probably be in an ambulance, but I was in luck.  One of the many Lancaster buses passes right by there on its way to one of the many local shopping malls.  So, I dug out my tie-dyed shirts from the closet and prepared to get groovy.

According to their song, it was 20 years ago, today, that Sargent Pepper taught the band to play, but, actually, it had been 50 years since the Beatles last live performance.  It was the famous free concert from the roof of the Apple building in England on January 30th, 1969.  So, I expected the crowd to be quite old, maybe even as old as me.  There were a few of us senior citizens there, however there were lots of young people, too, with their very young children.  Altogether, thousands of people had “Come Together” to listen to some good Beatles music.

Most people had folding lawn chairs, but a good many had those things that look like fat canes until they unfold like transformers and become comfortable chairs.  One couple had a contraption that actually unfolded into a couch.  Obviously, this wasn’t “their first rodeo.”  So, while the adults were setting up their spots on the lawn, the children were on the perimeter playing soccer or tossing baseballs, softballs, footballs, and frisbees.  The show started at 7:30, but most of the people were there hours ahead of time to insure getting a good spot.  Besides, the weather was perfect, and it was just a great day to hang out in the park.  I think every dog owner in Lancaster was there, too.  It looked like the Westminster Dog Show, with every breed of dog being represented.

I didn’t want to risk lying down on the grass and then not being able to get up without assistance, so I headed for a picnic table in the back.  I got out my phone and watched the Belmont Stakes and some of the Barnstormers game.  They were playing in New Britain, Connecticut, and I used my phone throughout the night to keep up with the score.

The Corty Byron Band came on promptly at 7:30 and they were very good.  They’ve been doing these Beatle tributes for years, so they knew the music well.  The theme was “Post White Album” and they played for hours.  They had a few dancers who came out to entertain the audience during a few of their songs.  One was named Sherry (or something like that) and she came on when it was still light out and did a dance with what appeared to be hula hoops.

Later, when it got dark, another dancer, whose name began with an M came out and put on a one-woman light show while she did her interpretive dances.  She was wearing some kind of butterfly cape with hundreds of LED lights that kept changing colors, and, over the course of a few songs, she danced through the entire audience looking like Lucy in the Sky with Diamonds (which wasn’t one of the songs, though).

On Sunday, a Nashville band named 7 Bridges performed the music of the Eagles.  The crowd was twice the size of the night before, and I was lucky to find a picnic table way, way in the back.  I had on my “Hell Freezes Over” t-shirt from their 1974 reunion tour, which I attended with my friends Barbara and Jim.  While the real Eagles may have sounded a little better, in my opinion 7 Bridges put on a better show.  I remember that back in 1974 Joe Walsh was the only member of the band who didn’t look like a cardboard cutout on stage.  7 Bridges joked with the crowd right from the very beginning.  After their very first song, as the crowd was applauding, they yelled out, “Thank you, and good night.”  Of course, they kept playing for another two hours.

One of the other many jokes they told was that they travel all over the country, but they had never played in Lancaster before.  They said they always wanted to come to Lancaster in the worst way, so they finally did.  They came via West Virginia.  I guess they tell that joke differently when they are playing in West Virginia.

Whenever I go to a concert with Maria, no matter where we are sitting, she always winds up standing right in front of the stage.  “Rushing the stage,” I think she calls it.  So, in her honor, after the band played what they pretended to be their last song, I rushed the stage for the encore.  Fortunately, they played a few songs, because it took me a long while to get there.  7 Bridges closed out their show playing Take It Easy with everyone in the crowd joining in.  I thought about my friend Marianne, who always uses her Dad’s standard response when people tell her to take it easy, “If I took it any easier, I’d have to give it back.”

So, instead of going to New York this past weekend, I took it easy right here in Lancaster, and it sure was groovy.  Now I’m looking forward to the 50th Anniversary Celebration of Woodstock at Long’s Park on August 17th.  Peace, Love, and Music.  Or like I always say:

3 thoughts on “Fit to be Tie-Dyed”