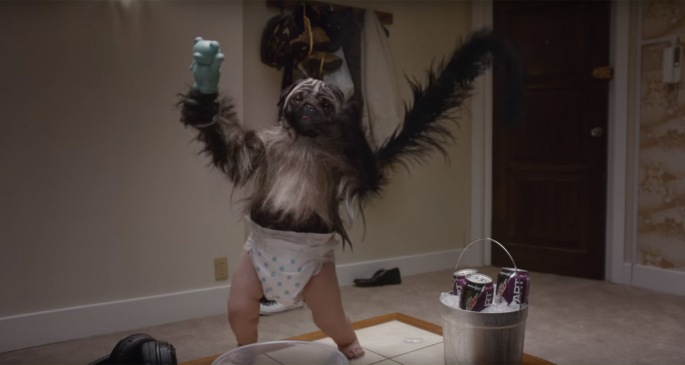 Chris Rock, rocked it.  He really nailed it when he put diversity in perspective.  In the old days, when your grandmother was swinging from a tree, it didn’t really matter who was nominated for an Oscar.

What was it with that guy’s haircut for that guy who sang the song from Fifty Shades of Gray?  I couldn’t even concentrate on the Circue de Soleil that was going on in the background.  I just wondered what was he thinking when he got that haircut.  Even Stevie Wonder, who is blind wouldn’t let a barber give him a cut like that.

Thank you all very much, and please buy some girl scout cookies. 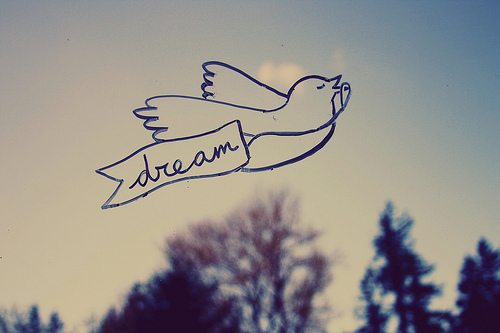 I lead a fairly stress free life, but my dreams are filled with anxiety.  In my dreams I am usually lost, late for something, or both.  Normally, I don’t remember much of my dreams, but lately, I have been having more vivid and more memorable dreams.  I think there are two reasons for this.  Number one is that I ran out of pot, and my sleeping self is probably trying to make up for the hallucinations it is missing.  Number two is that I have been going to sleep listening to audio books, and pieces of the book are appearing in my dreams.

Last week I listened to Dead Heat by Dick Francis.  The protagonist, an award winning chef, investigates a bombing at a racetrack outside London where he has catered a gala event.  Following clues, he flies to America, rents a car, and goes off to a polo club to question employees of his main suspect.  He gets attacked by a polo mallet wielding madman.  His arm is broken and he makes a mad dash to get away.  He gets to his rental car, but has trouble starting it because his right arm is broken.  The mallet wielding madman smashes most of the windows in the car before Chef Max finally makes his escape.

In my dream I am driving a car to work.  On my way I pick up five people to give them a lift.  They are the comedians Danny DeVito and Brian Posehn, my friend Tilda, and two others who I don’t remember.  They have to stop at various places and I am running late.  Danny DeVito wants me to stop at his aunt’s house, and I complain that doing so will make me late for work.  We go there anyway.  The aunt is not home, but Danny has a key.  Tilda goes in with him.  Tilda is a seamstress, a costume designer, and a perennial do-gooder.  She comes out and tells me that the aunt’s curtains are in need of repair, and she wants to fix them.  I tell her that I cannot wait.  I’m supposed to be at work at 8 o’clock and it is already 8:30.  I go to start the car and it won’t start.  Why won’t the car start?  What am I doing driving, anyway?  The last time I drove a car was back when Jimmy Carter was the President.  What am I doing going to work?  The last time I had a full-time job was when George W. Bush was President.  What am I doing with Danny DeVito and Brian Posehn?  This can’t be happening.  It’s not.  I wake up.

The next night before bed I watched a rerun of Two and a Half Men and Allan has to babysit for his ex-wife Judith.  In my dream I wind up babysitting for a cousin.  I’m doing a good job and the baby in my arms is asleep, but I start wondering.  Why am I babysitting?  Nobody ever asks me to babysit.  I’ve done some dogsitting in my day, but never babysitting.  Whose baby is this, anyway?  I’m 67 years old.  All my cousins are way past their childbearing years.  This can’t be happening.  It’s not.  I wake up with my pillow cradled in my arms.

The next night I read a Tony Hillerman novel about his Navajo policemen, Jim Chee and Joe Leaphorn.  It takes place in New Mexico.  I fully expected my dreams that night to take me to New Mexico, but I guess the written word is not as powerful to my subconscious as the spoken word.  I wound up back in England, and I was packing for a flight from Heathrow.  The phone rang and it was Brother X.  We talked for a minute, but I couldn’t pack with one hand and hold the phone with the other.  I told him that I had to catch a flight, was running late, and that I would call him from Heathrow.

As soon as I put down the phone, it rang again.  It was Tilda.  She told me that the curtains for Danny DeVito’s aunt were finished.  I told her I couldn’t talk because I had to catch a flight and I was running late.  “What time is your flight?” she asked.  I didn’t know.  How could I not know what time my flight was leaving?  This wasn’t happening.  I was dreaming, and I knew it, but I didn’t wake up.  I went on dreaming, but I stopped packing, stopped worrying about the flight, and decided to enjoy my dream.  I went out to see the sites of London.  I went to a fancy restaurant and had a superb dinner with a table full of people, whose names I can’t recall.  We split the bill and my share was only $22.  So I left $30 to cover the meal and gratuity.  Why was a London restaurant charging dollars instead of Euros or Pounds?  This can’t be happening.  It wasn’t.  I woke up.

Now, I’m going to go to the library to check out another audio book, and I’m going to make sure it takes place somewhere I would like to go to in my dreams.  Either that or I’m going to pick up some more pot. 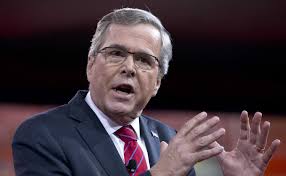 Last night Jeb Bush suspended his campaign for the Presidency of the United States.  Why did this man, who early in the campaign was the presumed Republican frontrunner, do so poorly?  I think I know.

Back when Barrack Obama was first elected President, there was a lot of complaining by Democrats that George W. Bush was the reason for most of the problems they faced.  Most Republicans took umbrage at the new President’s claim.  The Republicans countered with the idea that President Obama was just not able to handle the job of President.  Some even paid for “Miss me yet?” billboards of the former President.

The party faithful rallied to support the ex-president’s legacy.  All blame fell on President Obama.  Never did they waver from this position.  They even encouraged his brother Jeb to run for the office to return the country back to the glorious years of the Bush Administration.  However, when Jeb did launch a campaign for the Presidency he was soundly defeated and forced to drop out after only three primaries.  Why did this happen?  I believe that no matter how much Republicans claimed out loud that George W. Bush was a great President, deep down they knew that his administration was a dismal failure, and that “Mission Accomplished” was a joke.

So, when George’s brother ran for the office of President, they didn’t consider his personality or his platform as much as they considered his DNA.  They didn’t see him.  They remembered his brother.

Can President Obama blame the Presidency of George W. Bush for many of the problems he faced when he took office?   Maybe.  Maybe not.

Can Jeb Bush blame the Presidency of George W. Bush for many of the problems he faced running for the office of President?  Most definitely.  Now, it looks like the Republicans will be stuck with Donald Trump, Marco Rubio, or Ted Cruz as their standard bearer in 2016.

Peace and Love, and all of the above, 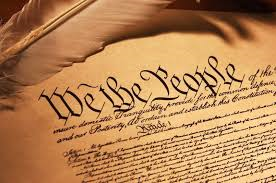 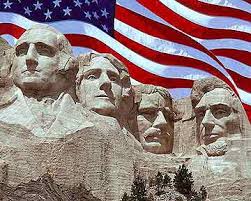 Recently, I went to the local library to pick up a voter registration form.  I’ve been here in Lancaster for over two years.  It’s time to stop putting it off.  I don’t know too much about the local politicians, but I want to make sure I’m eligible to vote for the next President this November.  It looks like it’s going to be a wild and crazy election year.

While in the library, I browsed the old-fashioned way.  I actually walked up and down the rows and looked at the titles that were available.  I didn’t get too old-fashioned.  I didn’t look at any actual books.  I looked at the Audio books on CD’s.  I’m a big fan of the Janet Evanovich audio books about her inept bounty hunter, Stephanie Plum.  Lorelei King does a great job of voicing all the crazy characters.  I chose, however, a 19 CD set called “Don’t Know Much About History,” by Kenneth C. Davis.  Maybe you’ve heard of it.   A decade or two ago it spent 35 consecutive weeks on the N.Y. Times Bestseller List.  I figured I might learn something.

I got way more than I bargained for.  It took two weeks to listen to all 19 CD’s, and I finished the last one on President’s Day.  I can honestly say that I learned more about American history and the Presidents in those two weeks than I did in all my years in regular school.  Full disclosure, though, it wasn’t too hard to do that.  I wasn’t a very good student back then, and I learned practically nothing in school.

I won’t go into the details about the book, as I’m sure that you, the reader, would be bored stiff with any attempt I would make to retell the stories.  It’s like when somebody goes to see a stand-up comedian and later tries to duplicate the show for their friends.  It doesn’t work.  The main point I want to make is that voting is more interesting when we know a little bit about the people Americans have voted for in the past, and why.   The other point I want to make is that when the wind chill, ice, and snow make going outdoors miserable, it’s a great time to sit inside and just curl up with a good book, even if it is educational.