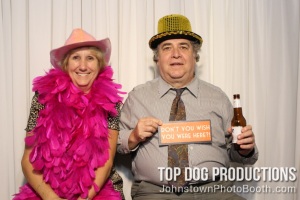 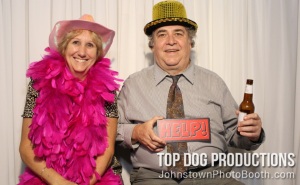 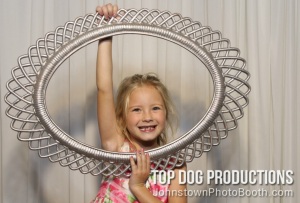 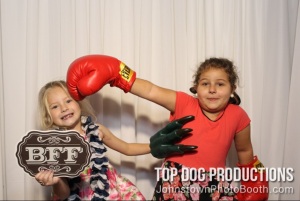 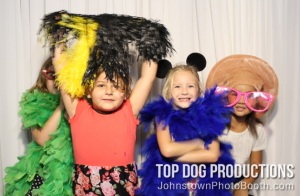 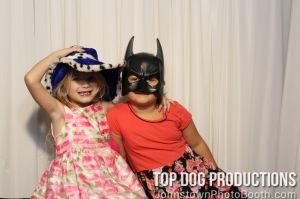 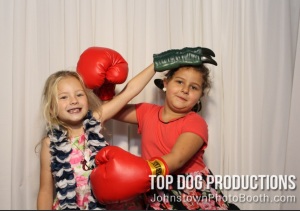 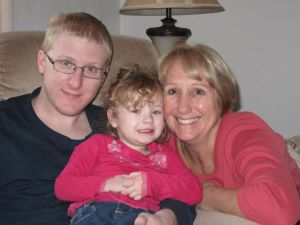 In the past month I went to two family weddings in Johnstown, and the first one for Brian and Lauren was exactly what I expected.  After a church service, we went to a hall that had been decorated by family and friends.  About a hundred close friends and family members were there and there was a DJ playing music and the buffet table was piled high with food.  It was exactly what I expected, and I had a great time.

Brian and Lauren had an autumn theme and fall colors and decorations were everywhere.  Acorns were scattered about on the tables and I quickly scooped a handful off our table.

“What are you doing?” my cousins wanted to know.

I explained that I have two squirrels living in my backyard and I planned to bring the acorns home as a treat for them.  During the course of the night, my cousins kept coming up to me with acorns they had scooped off other tables.  By the end of the night, every pocket I had was stuffed with acorns.  When I got home, the aforementioned squirrels were delighted with the sight of all those acorns.  They ate a bunch and “squirreled” the rest away for winter.

The second wedding was for Stephany and Justin, and this one broke the mold.

After the church wedding, a trolley pulled up to the church for the bridal party and they climbed aboard and headed off to take pictures someplace.  There were also a few coolers on the trolley and I’m sure they weren’t all filled with soft drinks.  Those of us not in the bridal party were jealous that we couldn’t ride the trolley to the reception.

The reception was the part that was really different.  It wasn’t a good old-fashioned Johnstown wedding reception.  It looked more like it was planned by a New York Bar Mitzvah planner.  First off, it wasn’t in one of the familiar small halls around town, but at a big catering place.  There were about 250 people there, and we started with a cocktail hour.  This part seemed just like the usual Johnstown wedding.  We kept the bartenders busier than they had ever been in their life.

Then we went into the main dining room, which was about four times the size of a basketball court.  It was packed with people and it occurred to me that the rest of Johnstown must be quite empty.  This is where it reminded me of a NY Bar Mitzvah.  There was something going on in every corner of the room.  They had popcorn machines for the kids in one corner and a photo booth in another.  Everybody who even walked near the dancefloor was given glow-in-the-dark tubes, which most people fashioned into necklaces.  They also had a ton of party hats and costume supplies that quickly wound up making their way into the photo booth pictures.

My cousin Debbie’s son Matt was in the bridal party, so she kept an eye on his 4-year-old daughter, Mackenzie.  Mackenzie was the first one on the dance floor, and a couple dozen other kids rushed out to join her.  None could keep up with her, though.  She made the Energizer Bunny look like a narcoleptic by comparison.  When she wasn’t dancing she was in the photo booth.  During the course of the evening the photographer in the booth took about 300 pictures.  Mackenzie was in at least 40 of them.

“Everyone married under 30 years please leave the dance floor.”  Now, there were just a handful of couples on the dance floor, and I tried to slink off again.

“Thirty-one years,” Debbie repeated again and tightened her grip.  Fortunately, we were eliminated in the next cut, so I didn’t have to admit my fraud to all in attendance.

Then, they had the removal of the garter and all the single men were invited to the dance floor.

“Get up there,” Debbie said.

By this time the party was really going strong and the dance floor was packed as the DJ played all those songs he had saved for the last hour.  None of my feeble excuses about a bad hip or a heart condition worked.  My “wife of 31 years” was relieved of her babysitting job and she wanted to dance.

“Do you have a big life insurance policy on me?” I wanted to know.

The next thing you know, I was dancing my ass off.  I guess I just needed a little push and I was the old Earl again, an older old Earl, but still more like my old self.

When the party was over, several people in the bridal party asked Deb for a lift to their cars.  They had left them in the church parking lot when they got on the trolley.  The next thing you know, Debbie had 17 people in her van, including 3 in the trunk area.  It looked like a human trafficking scene at the border.  I thought that Debbie’s van was gonna be the next one needing a little push, when we hit one of the steep mountain roads, but she breezed all the way to the church, where I was reminded of the clown car in the circus when 17 people got out.

A few minutes later we pulled into Debbie’s driveway and I noticed that Mackenzie had finally fallen asleep.  I may be getting a little old to dance all night, but I think that the next generation will do just fine.

Congratulations to Lauren & Brian and Stephany & Justin, and I hope you’re all still just as much in love after you’ve been married for 31 years. 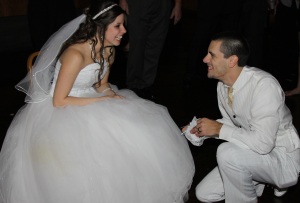 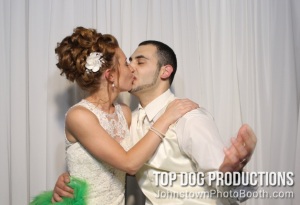