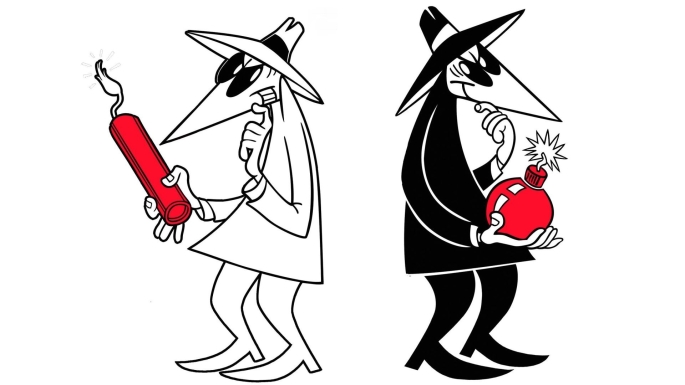 Democrats and Republicans alike took umbrage with the President’s statement. They called it Un-American.

I wasn’t surprised by the political response, but I was astonished about the irony of the whole thing. Throughout the Presidential Campaign, Trump told one lie after another with relative impunity. Now, he spoke the truth, and it sent people into an uproar. Did all these people really believe our country was so innocent or were they mad because he spoke the truth so openly? I think it was a combination of the two. I think that most Americans are unaware of the atrocities committed by American military and intelligence agencies. To them, to even think that this country has skeletons in its closet, is Un-American. I think that those who were aware of the atrocities were appalled that an American President would shed light on them. To them, that was Un-American. Truth, Justice, and the American Way is all good for Superman, but Truth has no part in the American Way of politics.

A President telling Americans that we were responsible for the cold-blooded killing of people is worse than if he told Kindergarten classes across the country that there is no Santa Claus. It disturbs Americans to think that we gave smallpox infected blankets to the Indians, enslaved boatloads of Africans, turned away boatloads of Jews fleeing Nazi Germany, locked up over 100,000 Japanese-Americans in Internment Camps during World War II, or massacred people at My Lai. So, we don’t talk too much about that kind of stuff, even though they are all well-known events. Most Americans would be absolutely horrified to learn of the further atrocities that are hidden under the veil of secrecy, such as Top Secret Black Ops to assassinate world leaders and ruthlessly overthrow democratically elected governments.

Louis Brandeis, an associate justice of the U.S. Supreme court once said that “Publicity is justly commended as a remedy for social and industrial diseases. Sunlight is said to be the best of disinfectants; electric light the most efficient policeman.”

The way to control evil behavior is for evildoers to be exposed, and many have been exposed and prosecuted. Even more are now being exposed as the government records shielding them have been declassified. Right now, I’m listening to a 17 CD audio book called, “Legacy of Ashes: The History of the CIA, by Tim Weiner.” It is based upon the contents of more than 50,000 CIA documents that have been declassified. I’m only on disc 7 and it is becoming a bit painful to continue. Most of the villainous black ops committed by the CIA were illegally hidden from the Presidents and Congress. Some, though, were carried out with their full knowledge. The CIA was originally formed to gather intelligence, not carry out Black Ops. Despite this, there were 163 Black Ops carried out by the CIA during the 8 years that Eisenhower was the President. And they were just warming up. They carried out 170 Black Ops during the 3 short years that Kennedy was The President. I’ve learned how they were responsible for hundreds of deaths, and I still have 10 more discs to go. No, Mr. O’Reilly, this country is not so innocent. President Trump spoke the truth. We have stone killers here, too.

The trouble is that by the time these documents were declassified, the evildoers were no longer alive. That is the trouble with Top Secret documents. By the time they are declassified and we learn the truth, the truth is no longer relevant, and the situations are no longer correctable. On the other side of the coin, many good projects absolutely require secrecy. The Allied Invasion on D-Day is probably the best example. I, therefore, propose that the government must be able sometimes to operate in secrecy, but that classified documents should be declassified much more rapidly – in years, not decades. Evildoers must know that they will be exposed in their lifetimes. Knowing that, just might prevent them from hatching some of their evil plans, and help clean up the swamp a bit, even if we can’t drain it completely.

Now, back to President Trump. I would like to think that his moment of truth was an effort to bring transparency to the government, but I can’t help thinking that it might have been something completely different. We all know that he is in favor of torturing prisoners for information. When questioned about Waterboarding, he said that he believed in it, and MORE. So, I fear that The President’s frankness about U.S. killers was less about transparency and more like a lawyer introducing legal precedents which would allow him to proceed in the same manner. I fear that he thinks it might be okay to overthrow any government that won’t let the U.S. dictate their policy, simply because we already did it in Chile, Guatemala, Africa, Iraq, and plenty of other places.

We are putting The Monroe Doctrine on steroids. Not only does this President feel obligated to control the “bad hombres” in our hemisphere, by doing things like threatening to send the Army into Mexico, but he feels that he can interfere with any government anywhere if they don’t do what we say, and he has requested more military spending to help him carry out his wishes. The fact that he made his killer comment on TV during the Super Bowl shows that he’s not even trying to keep it a secret.