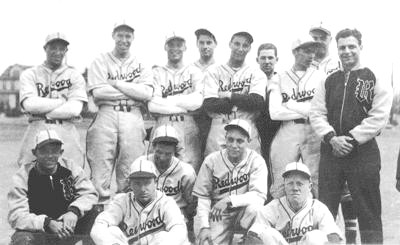 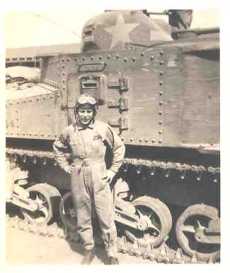 Before the Army -Bottom Row, 2nd from right;  Lieutenant Paulson

My Dad, Harold A. “HAP” Paulson, was born on November 4th 1918, a hundred years ago, one week before World War I ended.  So, HAP missed that war, but he wound up spending 6 years in the Army when World War II came around.  He was a tank commander, and managed to get all his men home alive, except for one, Earl R. McCleary.  Their unit was under attack and Earl made his way to a foxhole, but a ricocheted bullet ended his life.  When I was born years later, Dad gave me the middle name Earl in honor of his fallen comrade.

Dad maintained close contact with his fellow members of the 3rd Armored (Spearhead) Division for the rest of his life.  He dragged my Mom to the reunions every year, and after she passed away, I went with him to a couple.  Finally, when he was in his 90’s, he no longer had the strength to handle the travelling, but he used the Internet to keep in touch.  His eyesight was going so he had to use a magnifying glass to read their emails, but he read each one faithfully.  I put together a collection of the poems he wrote while in the service and he gave it the name Dogface Doggerel.  I submitted it to the 3rd Armored Division and they named him their Poet Laureate and published all his service-related poems.  HAP’s been dead for six years now, but his poems are still proudly displayed on their website.

One of my favorite stories was about when his family came to visit him the day before he graduated from Officers Candidate School.  They drove around the base looking for him, to no avail.  So, my grandmother hailed a passing soldier, “Yoohoo, soldier boy.  Oh, soldier boy.  Can you help us?”  It turns out that the soldier they stopped was none other than the base commander, General Scott.  Not only did he help them find their son, but he gave HAP a two-hour pass to spend time with his family.

Another story I enjoy was about the time when his tank crew was out on maneuvers during training.  After a few days they were all worn out.  When they brought the tank back to the base the exhausted driver fell asleep at the wheel and clipped an officer’s jeep.  Since my Dad was responsible for the tank, they were going to Court Martial him.  Fortunately for him, though, HAP was a damn good right fielder and he played for the army team.  They had a big game coming up, and they couldn’t afford to lose him in their lineup.  Strings were pulled and all charges were dropped.  They won the big game.

After the fighting was over in Germany, Dad came home, met my mother, and they had three boys.  I’m sure that for the next 64 years of his life, we gave him more trouble than the Nazis ever did.