Skip to content
The online group, which is helping me find a silver lining in these days of isolation, posed the question for today.  What was your favorite car?  I was reminded of my first car.
Well, as some of you may know, the last time I drove a car, Jimmy Carter was the President.  I just didn’t enjoy all the driving restriction here in the U.S., not after experiencing the ultimate freedom and joy of driving in Germany, where, there was basically just one rule, at the time I was there, try not to kill anybody.  Of course, even that rule was more or less just a guideline when you were driving on the world-famous Autobahn, where car crashes involving more than a hundred cars were not uncommon. 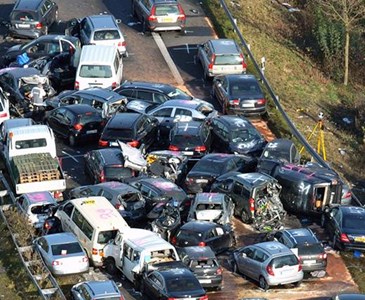 I didn’t have a car when I was a kid growing up in South Ozone Park, New York.  After joining the Navy, I drove my girlfriend’s car in Florida, after she patiently taught me how to drive it.  I drove a military jeep in Alaska, but I didn’t get a car of my own until I was in Germany.  I bought my first car for 90 Deutsche Marks.  The rate of exchange at that time was 4 Marks to the Dollar, so it cost me $22.50.  This was in incredible bargain.  The car was easily worth $30.
You know how they describe a fully-equipped car as “loaded”?  This was a totally unloaded VW bug.  It was missing quite a few things, like a battery, upholstery, and third gear.  So, I pimped my ride by putting towels on the seats and a psychedelic poster on the rusted inside roof.  All I had to do was remember to park it on a hill so I could get it started, and it was a dream (of nightmarish proportions).
I didn’t like to take it on long trips. By “long trips” I mean further than I could walk back from if it broke down, but it would usually get me to town and back if I couldn’t get a ride with someone else.  Otherwise it sat in the base parking lot, but even there, it came in handy.  Whenever I was confined to the base, which happened all too frequently, my girlfriend would visit and we could make out and drink beer until we saw the officer of the day coming for his hourly visit to make sure I was in the barracks.  At that point, I would race to my bunk for “bed check.”  After he left, I would go back out to the car for another 50 minutes of making out and drinking.  It made being confined to the barracks almost a game.
But, all good things must come to an end.  One late night I was driving back from a party, and I was flying.  Relatively speaking of course.  Flying was impossible in this vehicle, but I was going as fast as the car would go.  I sped around a turn and there, right in front of me, was Bambi.  I slammed on the breaks, and they, of course, locked.  The car instantly swerved off the road, rolled over two and a half turns, and when it stopped moving, I found myself in the back seat area.  (It didn’t actually have a back seat, either.)  The roof was crushed in and I couldn’t get the door open.  I was afraid it might explode, if not from gas, then from the alcohol on my breath.  I kicked out the back window and ran about a hundred feet.  I hit the ground and covered my head.  Out of the corner of my eye, I saw Bambi watching me, and I screamed for it to get away quickly.  I waited a couple minutes, but unfortunately the car didn’t explode.  So, I wound up having to give a farmer with a tractor 40 Marks to haul it off the property to the junk yard.  Like Bambi though, I walked away without a scratch.
So, driving in the U.S. never matched the thrills I had driving in Germany, and I quickly gave it up, which brought a big sigh of relief from the local police and  a traffic court judge  But I will always have fond memories of my first car, that old VW bug.

This is not my car, but it looked just like it.
Peace & Love, and all of the above.
Earl

2 thoughts on “My First Car”