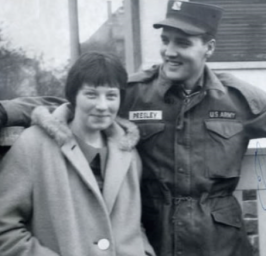 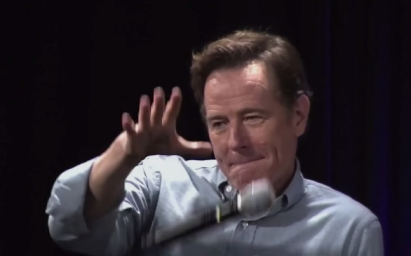 Can it be that it was all so simple then

Or has time rewritten every line

If we had the chance to do it all again, tell me, would we, could we?

I have to give Peter VanderMeulen credit for making my enhanced memories.  He taught me that I should never retell a story, unless I could improve it.  By retelling and rethinking my stories over the years, I’ve finally managed to actually forget the original dull stories and only remember the latest and greatest versions of those stories.  Thanks Pete.

Caught up in the frenzy of nostalgia surrounding the Christmas holiday, I was thinking about one of my fondest memories, the time I was “The Next Elvis” in Germany.  I’ve told this story 100 times, but I don’t think I ever put it in writing.  Now, knowing that there are only a very few people on the planet who can dispute what really happened that day, here goes my version.

First, a little background.  When I was a kid I played clarinet and saxophone.  It was a way to control my asthma.  Being one of the few saxophonists in the neighborhood, I wound up in a band called The Townsmen, later called The Heard.  When I went to boot camp in the Navy, I used my “musical experience” as a way to free me from the drudges of boot camp.  I managed to talk my way into the boot camp band, and I would always say I had band practice whenever my company was scheduled for the obstacle course.  I never once had to run the obstacle course, and I never played with the band.

So, I didn’t really have a big career in music, but, when I was stationed in Germany, I did do something that no musician before me ever did.  I invented the mike drop.

The Navy guys I worked with in Germany would bust my chops anytime I mentioned anything about once playing in a band.  Since Elvis Presley had recently departed Germany, they jokingly dubbed me “the next Elvis.”  Hey, call me anything but late for dinner.  I didn’t object.  I liked the nickname.

So one night, the fleet is in.  Three American ships are docking at the nearby seaport town of Kiel.  One ship is enough to get all the single girls out.  Three ships and even the married women will be out on the town.  My buddies and I planned to get to Kiel early, and we did.  We were the first half dozen guys lined up at the main bar on the lower level of the biggest disco in the town, The Star Palast.  The owner of the club was also at that bar and he was in his glory.  The club was packed with the proverbial drunken sailors spending just like they do in the proverb.  He was raking in money like never before.

My supervisor, Dave, was sitting on a bar stool next to the owner and he decided to prank him, and me.  They talked and talked and the owner kept glancing down the bar at me.  Finally, he got up and walked over to me.  He shook my hand and said, “Your friend told me who you are.”

I turned and saw “my friend” laughing his ass off.

“Just who did my friend say I was?” I asked the owner.

“He told me you were the next Elvis.”

By now, Dave is laughing so hard he’s crying.

“Well, I don’t know about that,” I said modestly.

“Look at how many Americans are in my club tonight,” he said waving his arm in a circle.  “Would you do me a big honor and go up on stage and sing one song for them?”

Dave is now having trouble not laughing himself off his barstool.  There must have been a thousand drunken sailors in the place and not one of them knew me from Adam.  “I’m sorry” I told the owner.  I would love to sing a song, but my band isn’t here.”

“Oh, I’m sorry,” he said. “Of course.  How silly of me.”  Then, just a beat later.  “But, how about if you just say hello to everyone.  You don’t have to sing a song.  Just say hello to them.  You’re such a big star in America, that I’m sure they’d all like to know that you are here partying with them.”

I was cornered.  Dave was practically wetting himself laughing.  Then I thought of a way out.  “I tell you what,” I told the owner.  “I’ll sing a song, but since I don’t have my band here, I’ll need to recruit some background singers.”

“Sure.  Anything you want.”

I walked onto the stage, grabbed the mike and announced that I would like some sailors to join me on the stage to sing the gospel song, “Oh Happy Day, which was currently the #1 song in Germany.

About 300 sailors scrambled onto the stage completely surrounding me.  We did the song and their buddies in the audience went absolutely wild to see so many of their friends up on the stage in a foreign country.  The owner thought the crowd was going wild for me.  I could tell by looking at him.  We see what we want to see.

As soon as the song was over, I said, “Thank you.” And just dropped the mike.  I was hoping to break it, just in case somebody wanted an encore, which I knew I could not provide.  Fortunately, nobody did, but I still give myself credit for inventing the mike drop.  It was a cool move.

When I got back to my bar stool, the owner congratulated me, and he swept up all the checks on the bar.  He tore them in half and threw them down.  “Thank you.” He said.  “I’m so glad I got to see the next Elvis.  Come back anytime.  You never have to pay for a drink in my club.”

I never went back there.  Lightning doesn’t strike twice in the same place, and I didn’t risk it,  So, now I can continue to enjoy my enhanced memory of the moment.  I just wonder if somewhere in Germany a guy is telling the story about how the next Elvis disappeared after performing in his club in Kiel, Germany.