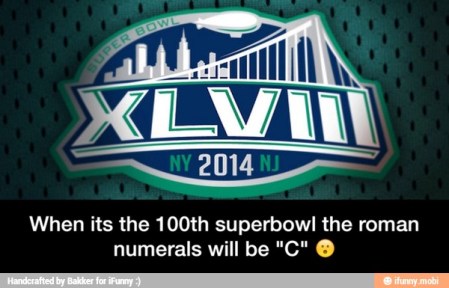 “…In Europe at the dawn of the Renaissance, mathematics was still limited by the cumbersome notation using Roman numerals and expressing relationships using words, rather than symbols; there was no plus sign, no equal sign, and no use of x as an unknown…”

I get a limited amount of high-speed Internet on my phone each month. I have unlimited data, it’s just that once I go over the monthly high-speed limit, i-t g-e-t-s r-e-a-l-l-y s-l-o-w. I keep an eye on my account, and if the billing cycle is ending and I’m still under my quota, I usually binge watch comedy on YouTube. Since I’ve already watched dozens of comedies on DVD this winter, with my soon-to-be-expiring gigabytes of high-speed data, I decided to give documentaries a shot.

I started with an interview of Buckminister Fuller. He died in 1983, so it was a very old interview. Old Bucky was quite a bit ahead of his time, though, so I didn’t understand half of it. So, I watched a few more interviews with him, and after a few repetitions, some of his ideas eventually began to sink in. After several hours, I checked my Boost Account and I still had high-speed data left, so I watched a few more hours. Buckminister Fuller invented the geodesic dome and more that 300,000 of them have been built as super economical homes and offices. He actually lived in one himself for a while, during which time he discovered its one design flaw, the roof leaked.

He wrote many books and was the first person to refer to our planet as Spaceship Earth. He devoted his life to developing artifacts, like the geodesic dome, to help all humanity. In most of the interviews I watched, he was in his eighties. The interviewer would ask him a question and he would start rambling on about something completely different, like a politician might. At first, I thought that he must be losing his mind with age, but then I saw that instead of giving a sound bite, the old professor was actually giving the question a complete answer that took in all aspects of the problem, and the things that led to the problem. One interviewer on a tiny cable station asked about his opinion on the Falkland Islands war, which was a big news item at the time. He started talking about 1917 Russia, the Cold War, nuclear warheads, Economics, the population of the hemispheres, and a bunch of other things, and rambled on for several minutes before tying all his thoughts together and delivering his opinion of how all those things would affect the outcome of the war in the Falkland Islands. He was brilliant.

It was during one of those seeming diversions in an answer that he mentioned the publication in 1202 of the Italian Mathematician Fibonacci’s book “Liber Abaci” (Book of Calculation). This was the book most responsible for popularizing Arabic numbers in Europe. Using this “New Math,” Europe went from the Dark Ages to the Renaissance. Roman numerals are great for keeping track of Super Bowls, but they were a lousy way of doing calculations and scientific studies. Quick, what’s MCMLXXXVI times MCMLXLIV?

The introduction of Arabic numbers, negative numbers, and the zero made it exponentially easier for scientists to calculate whatever they were studying. Going from Roman numerals to Arabic numbers affected everything. Science figuratively took off like a rocket. This made me think about another time that a simple change in the way we do Math caused a complete change in the world, when we shifted from our base ten system to binary, just zeroes and ones. That didn’t just simplify calculations, it enabled computers to do all the calculations for us. Science literally took off like a rocket, then. I’m old enough to remember when the nerdy kids in school all carried slide rules to do their own calculations. I don’t think today’s generation has ever seen a slide rule. Computers have changed everything so much.

So, after I file my taxes online this year, I’ll drink a toast to Fibonacci. Paying taxes is never fun, but thanks to him at least, I can use a computer, and I don’t have to figure out my Adjusted Gross Income using Roman numerals.

Peace & Love, and all of the above.

2 thoughts on “By the Numbers”