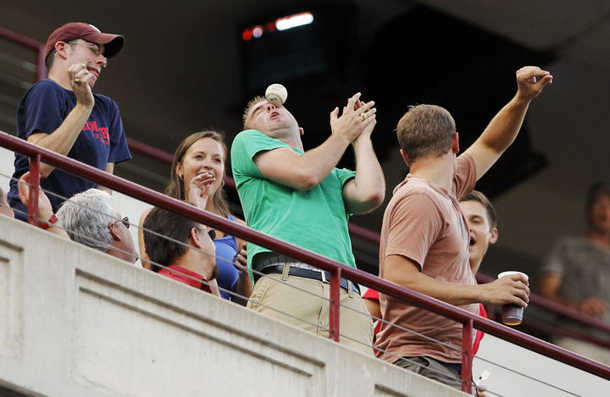 Baseball can be an “in your face” kind of game, and the spectators don’t have any immunity from the action. They sit at their own risk and face foul balls, flying bats, infielders, outfielders, catchers, and just about anything else that can hit a fan. I guess, if you consider the birds nesting overhead, shit hitting the fan should probably be on that list, too.

So, when my friend John showed up from New York for The Barnstormers home opener, I had tickets right behind home plate, where you’re protected from flying objects by a net. That way you can watch the game with a beer in your hand, like Abner Doubleday intended. John wasn’t my only guest. Debbie, and our friends Mike and DeeDee were also there. Debbie was mainly there for the souvenir tie-dyed T-Shirt given out to the first 1,000 adults. She all but assaulted the guy distributing the T-shirts to get one for John, who had nonchalantly strolled past the free T-shirt stand. Mike and DeeDee were just there to party. Mike is German and knew little about American baseball, and his wife knew just as much. They did know how to uphold the proud American tradition of Baseball and Beer, though.

Midway through the game, Mike, DeeDee, and Debbie decide that since all they really cared about was the food and drink, they were just gonna go to a bar. Good. Fine by us. “Let’s get rid of the ribbon clerks,” my Dad said whenever he raised in a game of poker. Now, it was just the two old friends, two baseball fans watching a close game from seats right behind home plate. Baseball as it oughta be. We watched the game intently, commenting on every play.

We watched a foul ball behind the plate that rose steadily higher and higher into the sky until it flared up in the stadium’s lights and looked like the Star of Bethlehem shining right above us. It hung there in the night sky for a brief second, and then, of course, what goes up must come down. John and I waited anxiously for the foul ball to come down. We didn’t have baseball gloves on, though. “We won’t need them,” I had said as we were leaving my house. “We’re sitting right behind the net.” Now, gloveless, we were both camped under a monstrous foul ball, which was racing towards us. Galileo may have been the very first one to calculate that things picked up speed as they fall, but John and I figured it out in time. When the baseball started to look like a speeding asteroid headed straight for us, we both dove out of the way. That was just a split second before it crashed into the back of John’s seat and bounced all the way up to the announcer’s booth.

There were fireworks after the game, but nothing could match the adrenalin rush we got from our narrow escape from the speeding baseball. We went to the bar where my friend Randy’s band, Hee Bee Gee Bees was supposed to be playing. Supposed, being the key word. There was no band and the modern equivalent of a juke box was blaring out “today’s hits” for the college-aged crowd. We retreated to my place after just one beer.

The next day, our usual breakfast location, The Onions Café, was packed, so we went to Grub N Stuff, right next to Puff N Stuff, the local head shop. Then we walked around town. There were quite a few people in costume. They were mostly girls with their hair tinted a neon color, and they were wearing very short flaring skirts. Eye candy. After a while, John asked me if there was a parade today.

“No,” I said, trying to be as nonchalant as possible, “It’s just a typical Saturday in Lancaster.” 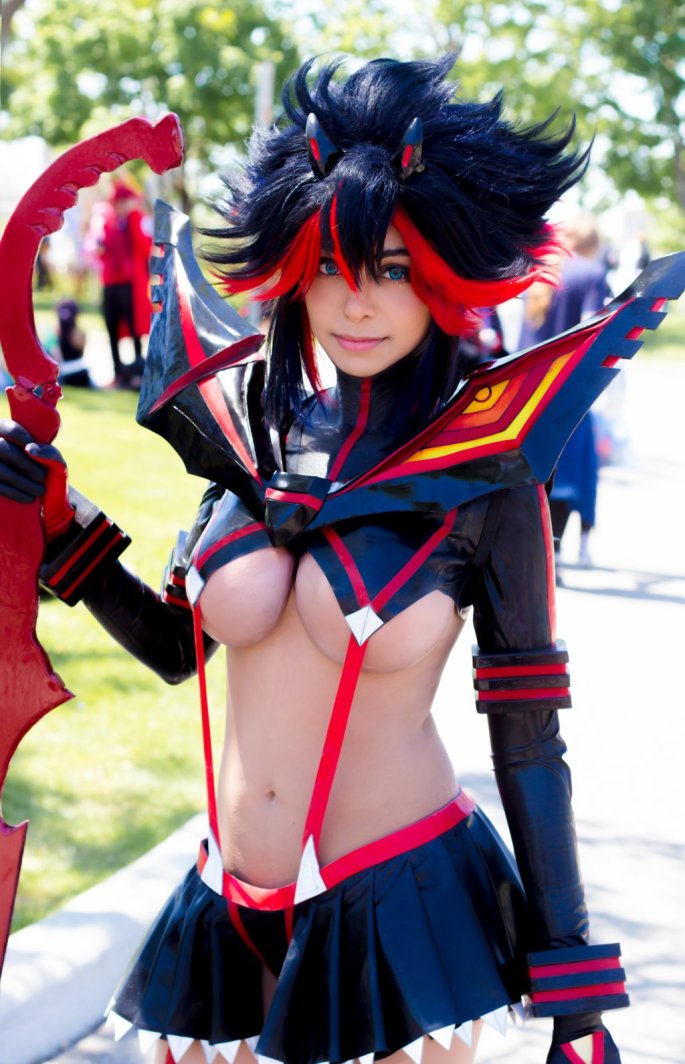 There was no way I could continue the This-is-just-a-normal-day-in-Lancaster ruse, but I continued to try. “A lot of the kids around here like to get their hair done on Saturdays. We’ve only got one McDonald’s, but we’ve got twelve tattoo parlors in this town. This is not average America. It’s more like Greenwich Village in the Fifties.”

Then our barmaid told him that there was an Anime Convention in town.  Blabbermouth.

“See?” John said. “I knew there had to be something going on.”

“Yeah, well, just keep in mind that they chose to hold their convention in Lancaster for a reason. This town is very freaky friendly.”

“I knew there was a reason you moved here.”

4 thoughts on “The Foul and the Fair Weekend”