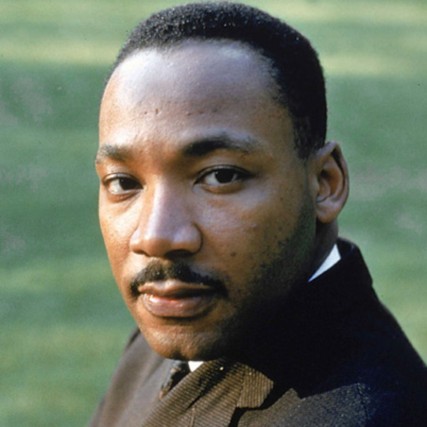 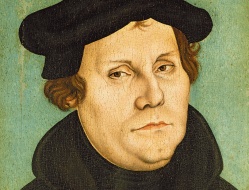 “I’ve looked at life from both sides now, from near and far and still somehow, it’s life’s illusions I recall. I really don’t know life at all.”

I heard about a Philosophy professor years ago who began a lecture by saying that, “Ancient man believed in many gods.” That part was true. The Greeks had a pantheon of gods and goddesses, Zeus, Hera, Poseidon, Demeter, Ares, Athena, Apollo, Artemis, etc. The Romans had Jupiter, Neptune, Mars, Apollo, Vulcan, Mercury, and more.   The Norse had gods like Odin, Frigg, Thor, Balder, Tyr, Njord, and many, many more. Then, the professor continued, “Now, we know that there is only one God.” The learned professor had unwittingly made a giant error of logic. He had presented his personal belief as a fact, without any proof that it was indeed a fact, which it wasn’t. None of us KNOW for a fact how many Gods there are, if any.

The only thing I knew previously about Martin Luther, the monk, was that 400 years ago he defiantly nailed his 95 Thesis to the door of the Wittenberg Castle Church and kicked off the Protestant Reformation. The first thing I learned while listening to Eric’s book was that this fact, just wasn’t true. Yes, he had posted his thesis on the church door, but the church door in those days was like a community bulletin board, and most likely Martin Luther’s paper was one of many papers politely pasted to the door, not one defiantly nailed there. I also learned that the purpose of the paper was not to break away from the Catholic Church, but to initiate a debate in ways to improve the Church that Luther loved. The lesson for me, was that there are worse things than not knowing something. The bigger problem is all the things we think we know, that just aren’t so.

Monk Martin Luther had a problem with the concept of indulgences. The Catholic Church teaches that good souls go to Heaven, bad souls go to Hell, and slightly soiled souls go to Purgatory, where they are laundered and made ready for Heaven. Most souls need a bit of freshening up, so most souls go to Purgatory. The time a soul spends in Purgatory depends on just how dirty it is. It could be days. It could be centuries. It could even be for ages. So, the Catholic Church, which wanted to raise money to build churches and buy statues and gold chalices, got the idea of selling indulgences. Donate X amount of dollars, and you will reduce your time in Purgatory by X amount of years. It was a big hit. The money was rolling in. So, naturally, the Church decided to expand the program. In addition to buying indulgences for yourself, you could donate money for dead relatives and friends. Do you want your poor mama to spend centuries in Purgatory? Of course not. So, buy indulgences for everyone you know. Martin thought this was a pretty sleazy way to run a church, and he hoped to get the church to drop the program. The Church, eager to keep a good thing going, felt that Monk Martin, was a lousy salesman for their team, and they branded him a heretic.

The book reads like an action adventure and I am gobbling it up. I just have one problem with it. The author does a great job of presenting Luther’s argument against the corruption and greed of the Catholic Church in the Middle Ages, but he makes the same type logic error as the professor I mentioned in the first paragraph. Frequently, instead of saying that Martin Luther fervently believed that God would be for or against something, he states that Martin Luther KNEW that God would be for or against something. Maybe I’m a bit oversensitive about the semantics of the language the author uses, but I get a little bit skittish when people profess to KNOW what God is thinking. Besides, that’s not the job of authors. That’s the job of TV Evangelists, and if there’s one thing I’ve learned during my time on Earth, it’s that the more I learn, the more I realize how little I really know, especially about God.