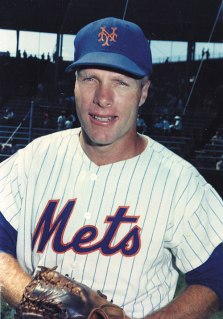 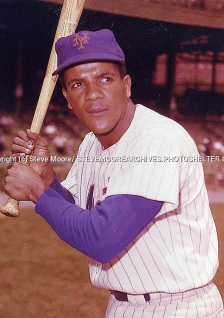 Elio Chacon (INF) Mets poses for a portrait before a game at the Polo Grounds / Early Shea Stadium, etc. He is a member of the 1962 Original N.Y. New York Mets 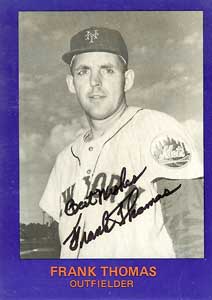 It may take two to Tango, but it took a village to get the facts right in my “Yo Tengo” story.

In my most recent blog I wrote about communication problems in the outfield in a minor league team.  I did not check my facts before I wrote the story.  I rarely do.  My brother Kevin and I are both firm believers that writers shouldn’t let the facts get in the way of a good story, and the story was really about me being drunk and getting hit on the head with a baseball.  Brother X, a.k.a. Beelzebro X, has a completely different attitude.  He thinks that stories should be loyal to the truth.  How quaint.

So, he pointed out some factual errors in my story.  It wasn’t a minor league team.  It was the 1962 Mets.  Well, in 1962, the Mets won 40 games and lost 120 games, so I don’t think you can blame me for being confused.  They sure played like a minor league team back then.

Then, Brother X pointed out that the names of the players were not lost to history.  It was Frank Thomas and Elio Chacon, he said.  At this point I decided to look it up for myself, but I didn’t have to.  Some baseball fans sent me the Wikipedia article.  It turns out that Beelzebro X was a bit wrong, too.  It was originally the Mets outfielder Richie Ashburn and infielder Elio Chacon, who had the communication problem.  Chacon solved it by teaching Ashburn how to say, “I’ve got it” in Spanish.  It turns out that I got that wrong, too.  It’s not, “Yo Tengo,” but “Yo la tengo.”  My bad.  But, come on!  “Yo Tengo” was close enough for my story.

So, one day there’s a fly ball to Ashburn in shallow centerfield and he yelled out “Yo la tengo.”  He noticed that Elio Chacon stopped coming, so he relaxed and prepared to catch the ball.  That’s when left fielder Frank Thomas, who hadn’t been involved in the Spanish lesson, crashed into Ashburn.

After they got up and dusted themselves off, Frank asked Richie why he was yelling out “Yellow Tango.”  He then got his Spanish lesson, and now, thanks to Brother X, Wikipedia, and a village of baseball fans, the story can truthfully be told.

I just want to point out that everyone pointed out the errors in my story.  Nobody asked me if my head hurt.  Baseball fans are like that.